Our gorgeous group of teachers and speakers. They appear on this page in alphabetical order.

I want to join! 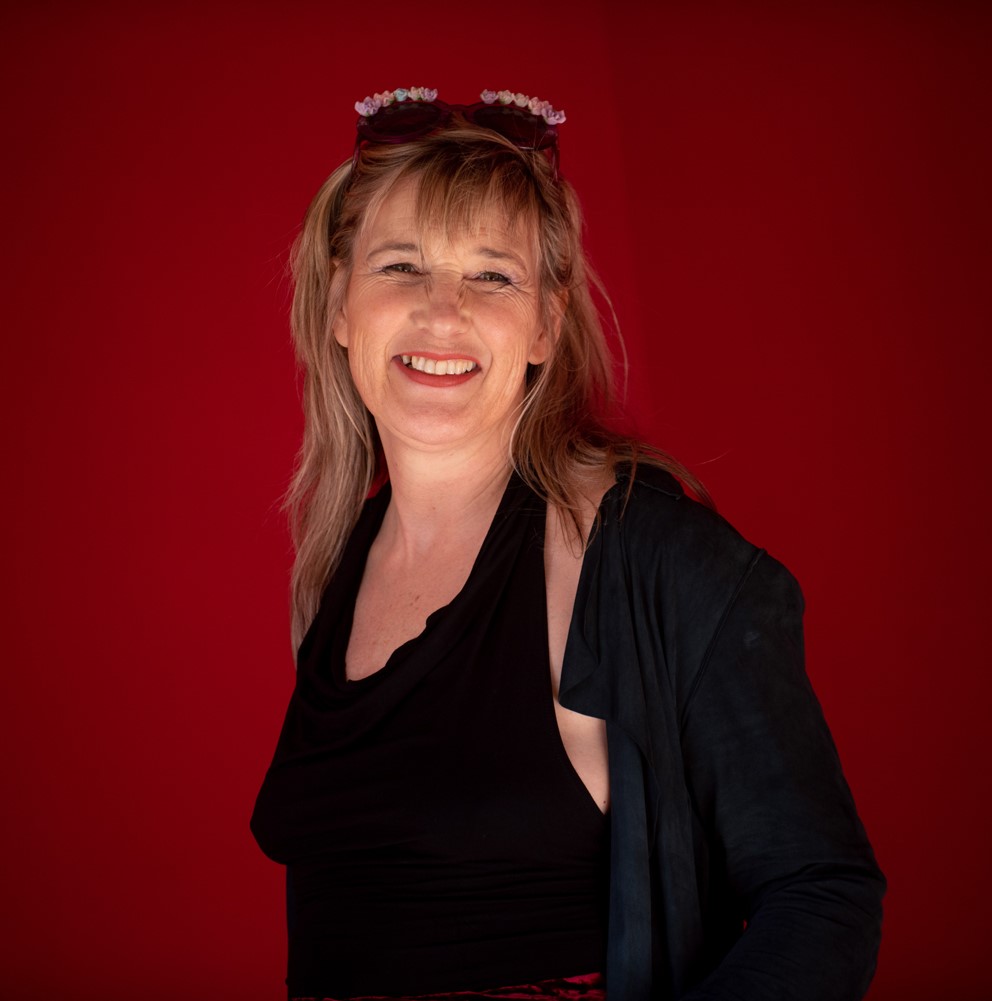 Arati is using the pronouns she/her.  She is curious and exploring – radical inclusive – crone – mother of two – crispy banana connoisseur.

Arati is, next to being a mother and an advocate for compassion and inclusivity, a Somatic Sexological Coach & Trainer. Located in the East of the Netherlands and trained in Australia and Berlin at the Sexological Bodywork Training as a Somatic Sex Educator.  Experienced myofascial energetic release practitioner, breath trainer and space holder for anything seen in the world as crazy or wrong. She’s working with people to help them overcome shame and taboo, and discover their own flavour and essence to become free.

In individual sessions and on request she offers Ritual Play and Wheel of Consent workshops, as an important part of her Somatic Sexological Coaching.

Arati will be giving the Ritual Play workshop in the last round of workshops. 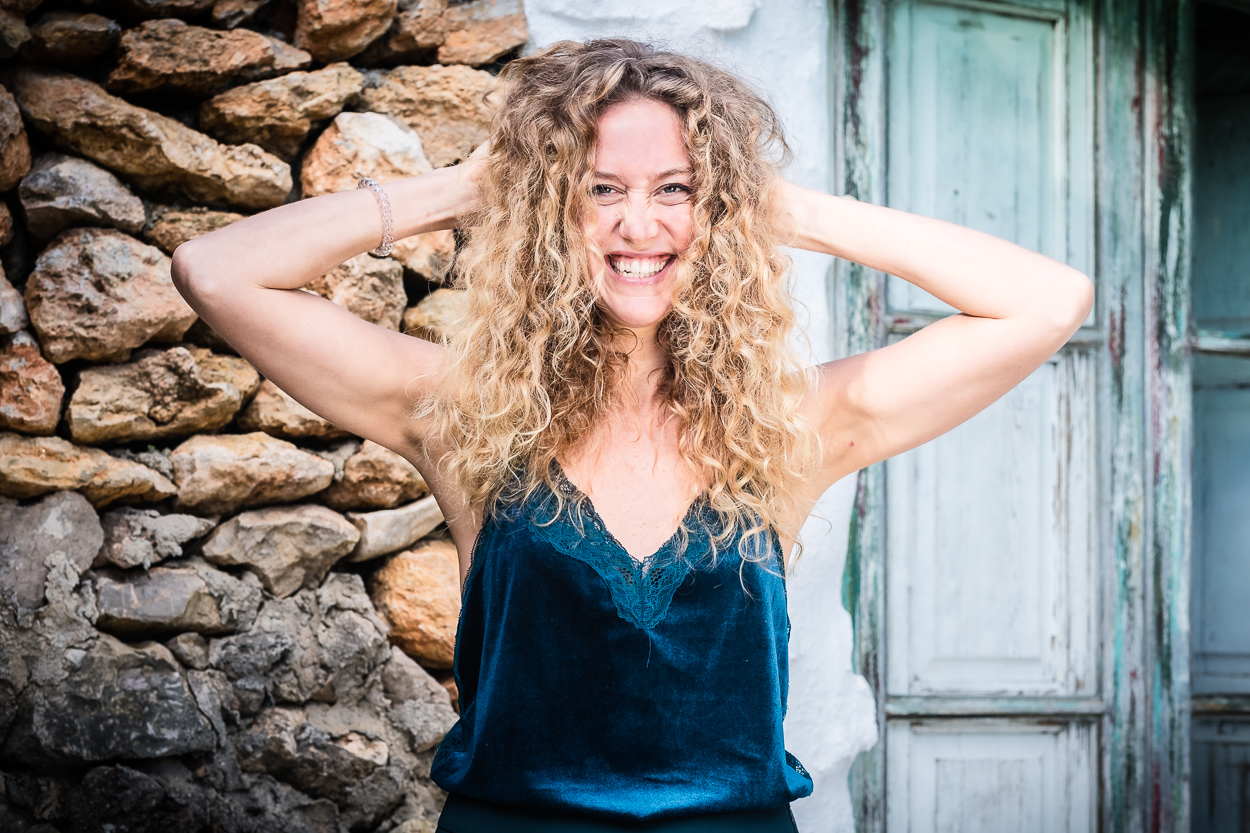 Karlijn is using the pronouns she/her. Kabira is a curious facilitator with a passion for self-transformation and behavioural embodied change.  She holds a MSc in Psychology, is a certified Tantra and Hatha Yoga Teacher. She started off her career in Corporate Leadership Development & Change Management, at a global consulting firm. Until her bare feet took her on yet another trip around the world. Facilitating transformational retreats across 3 continents, as a lead facilitator at Magic of Love Global.

As the founder of Kabira, she currently facilitates self development retreats and events and coaches couples and individuals into clarity and love. She is passionate about bringing things into alignment. Into truth. Brining the unspoken to the light. Welcoming herself and others to live their full embodied potential.  Her approach is integrative and total. She has a sharp eye for opportunities for expansion. Working the mind, body and soul in a joyful play of breath, movement, honesty, dance and meditation. Others describe her and her work as sensitive, down-to-earth, intuitive, joyful, powerful and opening.

Karlijn will be giving a tantra workshop in the third round of workshops. 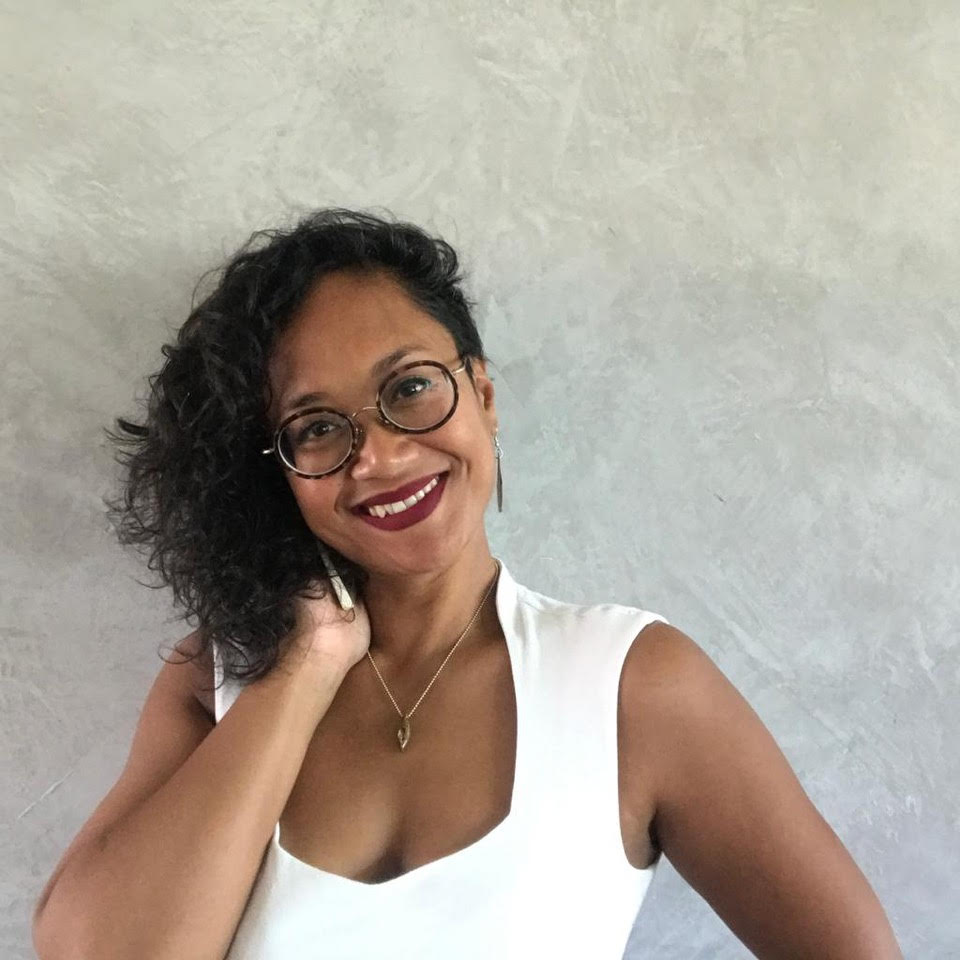 Legien uses the pronouns she/her. She is passionate about intimacy and sexuality in general but specifically after healing from a trauma of sexual violence. Legien is not only a coach for people who have experienced sexual violence, but also for their beloveds. Next to her work as a coach, a big mission for her is making sexual violence a discussion topic, instead of a taboo topic. Driven by her own personal traumatic experiences.  She is a confidant for multiple organisations, so people can come to her in case of harassment or sexual violence.

She wants to make an impact on a personal level, but also on a societal level and therefore Legien is part of an action group of Amnesty International and talks on the ministry level about the new legislation regarding sexual crimes. Together with her beloved, she started the project ‘Samen Helen’ to give people tools when a friend or a family member experienced sexual violence.

Legien is part of our panel in the first round. 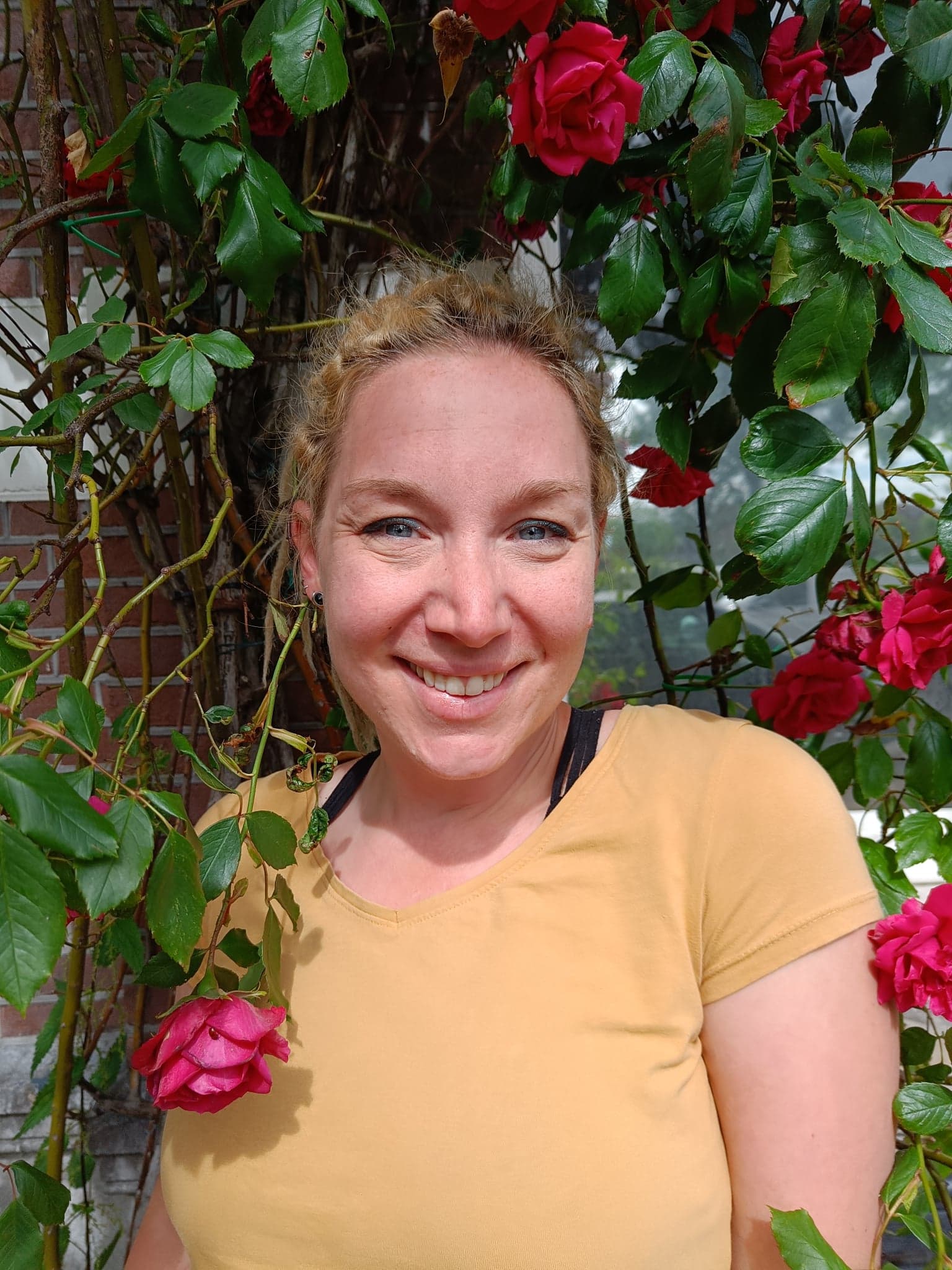 Lione Mirca (she/her) is a professional in young adult education, a conversation leader, a podcast persona, a public speaker, and a mum of three. Lione grew up as a queer person in a religious village. She knows what it’s like to see the world from a wheelchair, and how people respond differently to people who look different. Thus, radical inclusion and creative self-expression are a way of life for Lione, who is an expert at courageously standing up for what she believes in.

Lione moderates the panel discussion in the first workshop round. 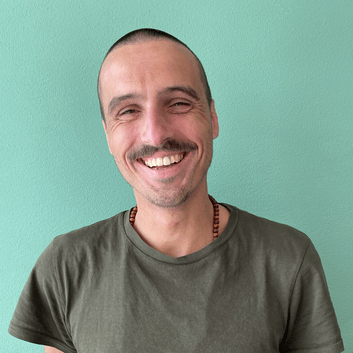 Martijn uses the pronouns he/him. Martijn is a sexuality nerd, workshop facilitator and somatic sex coach in training. He has been into rope since 2018 and has been teaching bondage and shibari for the past two years.

“For me, rope provides a sort of physical language that both partners can use to connect with each other. I love how it requires me to step into a certain frame of mind and to be in the moment. Creating a temporary little bubble in which things are simpler which in turn helps me connect better with myself and my partner. It’s just me, my partner and a rope. I like to keep things simple. For me it’s not about how it looks, but about how it feels. The rope and how you use it are all in support of the depth of intimacy both partners allow themselves to get to. In the end, it revolves around the question: Can I surrender? As the one tying, surrendering to my desires and creativity. As the one being tied in surrendering my body. To move and be moved”

Martijn will be giving a connective bondage workshop in English in the third round of workshops. 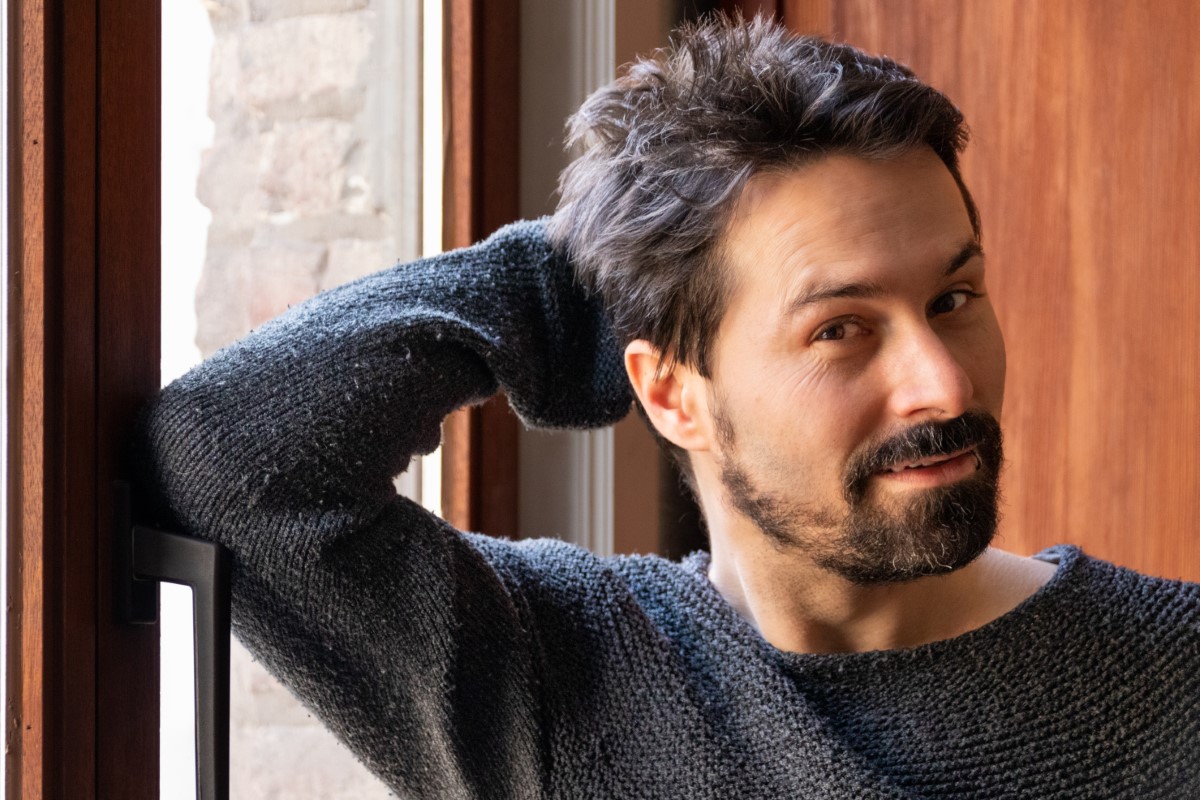 Piero lives and works in Ghent as a trauma-informed and body-oriented intimacy coach, (cuddle) workshop facilitator and process facilitator. Piero wants to inspire people to experience intimacy more consciously and together move beyond taboos, blockages, violence and traumas. Piero dreams of a world in which self-care and self-actualization go hand in hand with love, justice, equality and solidarity.

Piero will be giving a cuddle workshop in English in the first round of workshops. 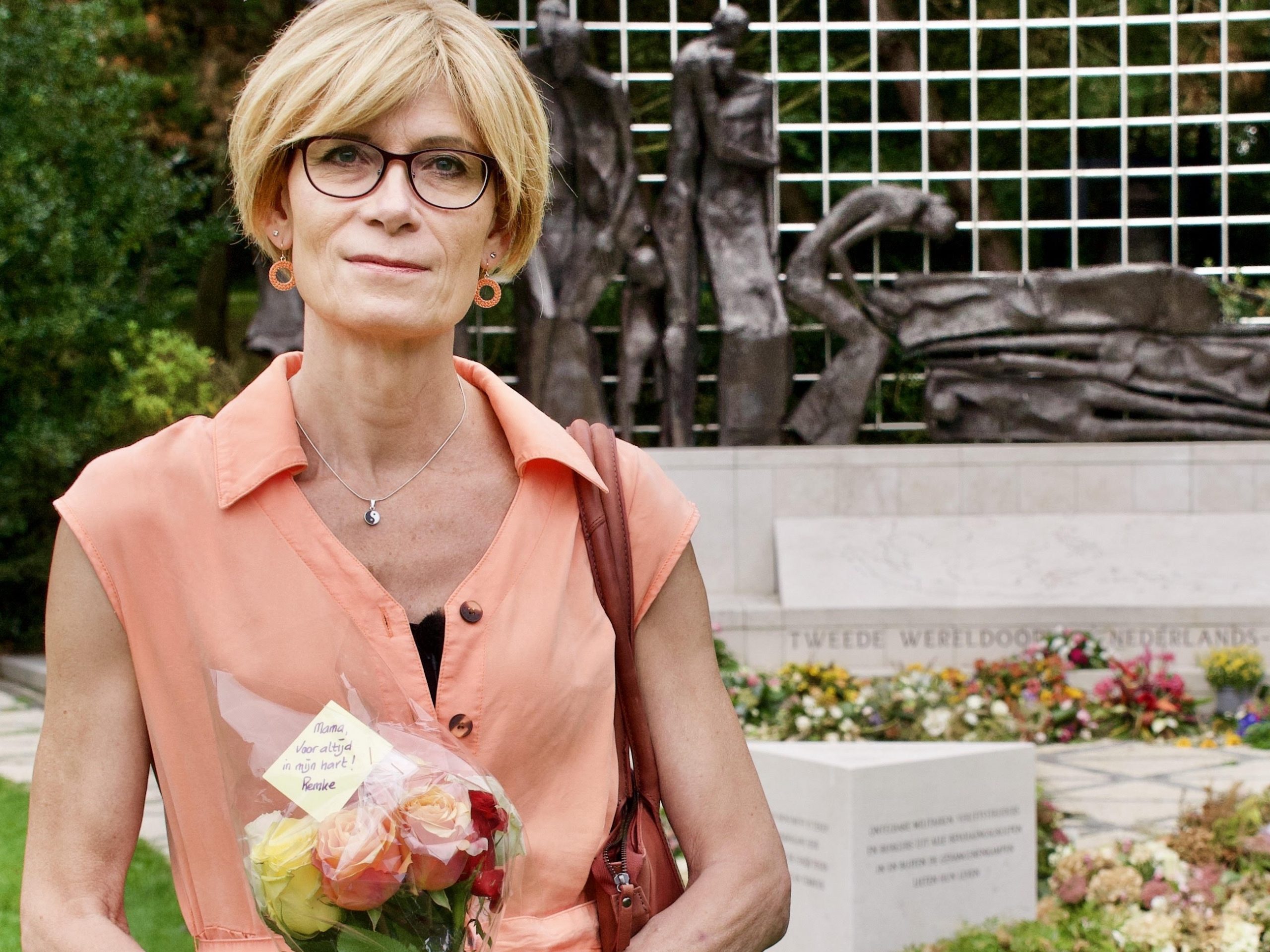 Remke Verdegem, she/her (labels: trans woman, lesbian and asexual) is a board member and vice-chair of Transgender Netwerk Nederland, coordinator of team Education of COC Leiden, chair of the Rainbow Alliance at Alphen aan den Rijn, gender diversity speaker and professionally working at the National Archives of the Netherlands on the IT department as ProductOwner/ProductManager. Last but not least she is also a member of the steering group at the National Archives on Diversity, Equity and Inclusion.

Remke is part of our panel in the first round. 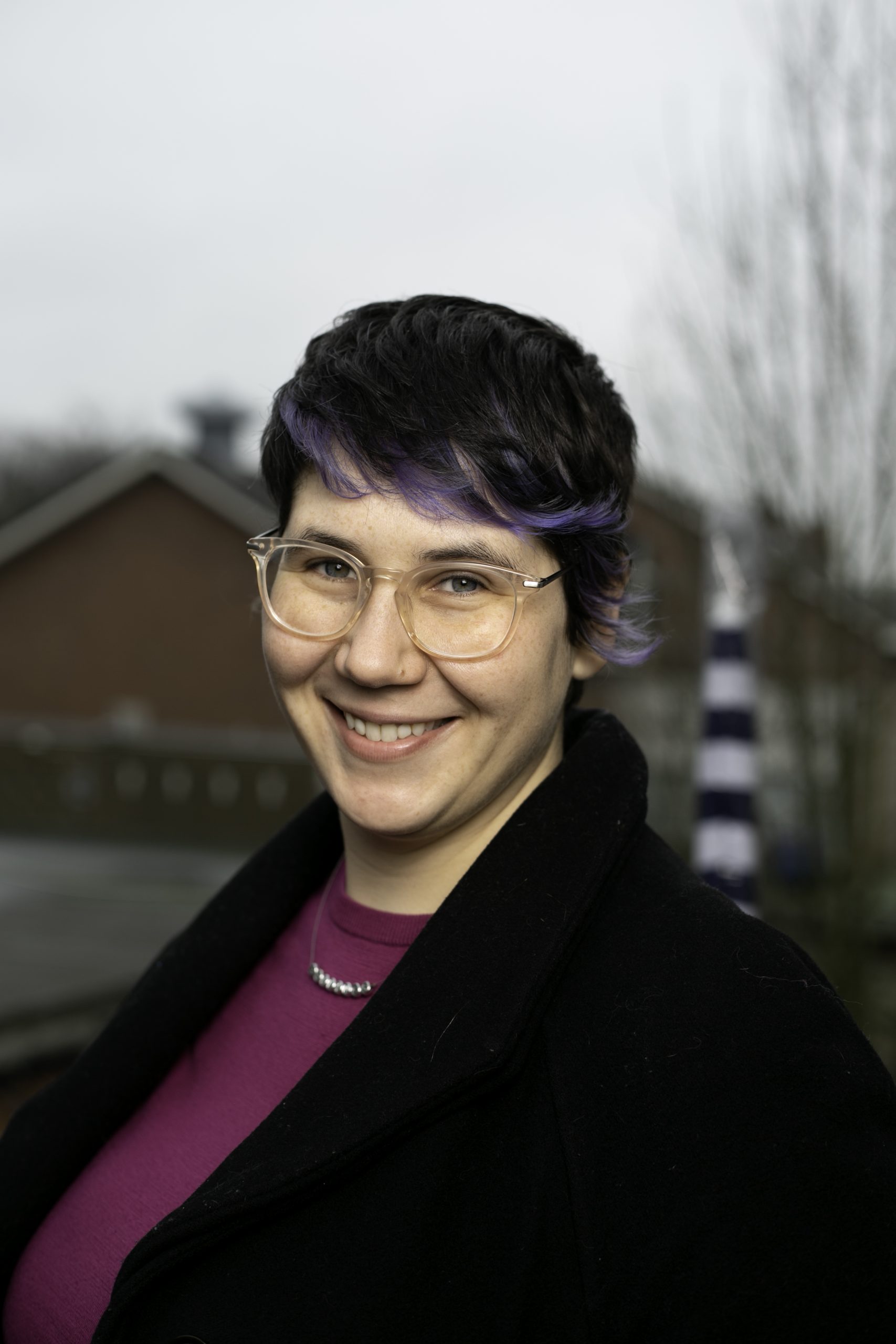 Roni Zaftig (she/they) put their sex geekiness and love for design together when they opened Tailbone, a sex-positive shop for curious folks. The shop centers Queer lived experiences, inclusive sex education, and independent makers.
Roni has been collecting sex toys and books on sexuality and relationships for over ten years. As a daughter of an OBGYN, Roni grew up in a home where sex was not taboo, but quickly realized this was not the case for most of her peers. Through organizing inclusive sex education events in her communities, she was able to facilitate open conversations around sexuality and generate safe spaces for personal exploration.
Yet, in her own sex life she was still encountering toxic behaviors and uncaring lovers. It wasn’t until she started getting to know her sex-positive community and hosting play parties that she came to understand sex as a creative practice you share with people you trust. Now, Roni helps folks who are curious about their sexuality find the right tools for greater pleasure, creativity, and intimacy in their lives. She currently lives in Rotterdam with her two cats.
Roni is part of our panel in the first round.
Roni’s website >
Roni on Instagram >
Photo by Ali Lucchinelli @ali_isnone 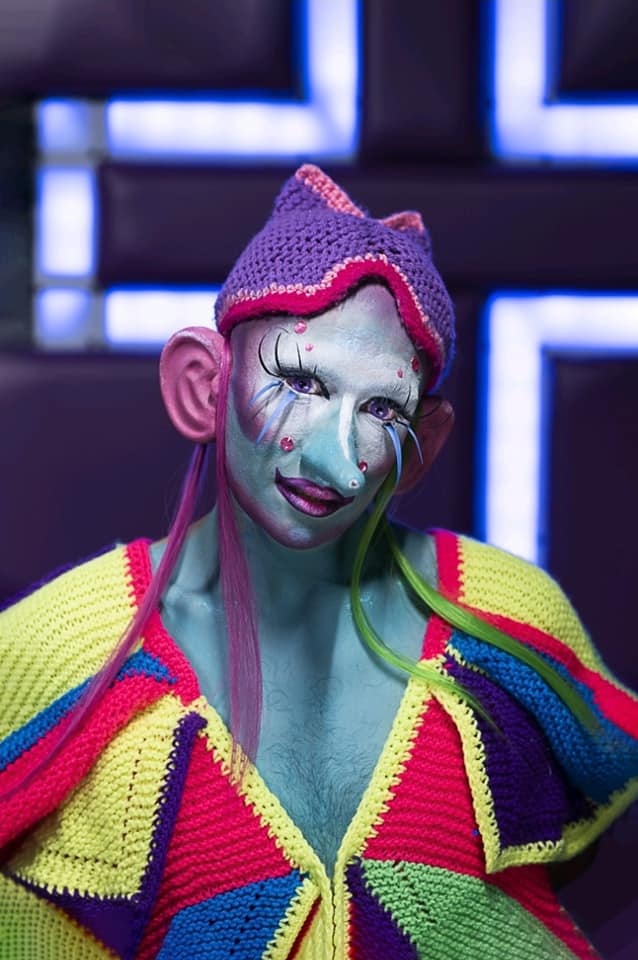 Dragtivist Taka Taka (they/them) are the director of Club Church and the House of Hoplelezz, co-founder of the Drag King Academy, Drag Mother of the House of Lost Bois and Queer educator for NL art academies. The House of Hopelezz is Amsterdam’s First&biggest DRAG family, they are activists for sex positivity,HIV & queer safety since 20 years initiated from the house mother Jennifer Hopelezz.

Taka Taka will be sharing tools developed from their camp – Drag practice in a form of 2 hrs workshop in the second round. 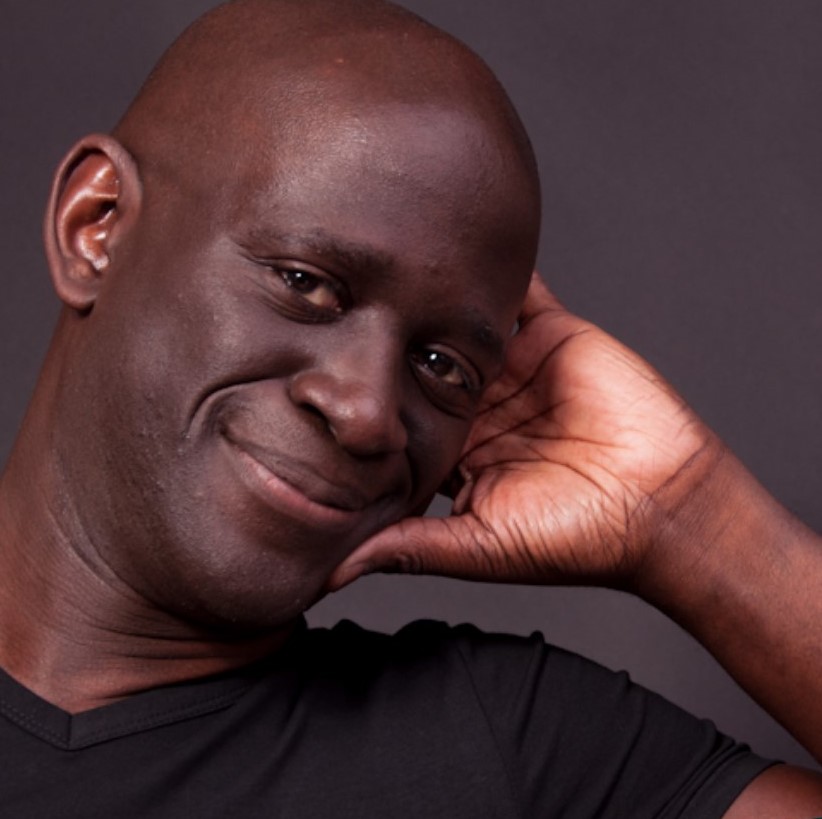 Tony (he/him) is a father, a friend and a valued guide whose natural talent is interacting with people in ways that they get the insights they need to solve deep personal problems. The son of an African diplomat, Tony grew up in multicultural environments and by the time he was 22, he’d lived in 6 different countries, had two engineering degrees, and spoke 4 languages fluently.

Tony was first introduced to the world of personal development after walking away unscathed from a near-fatal car crash with his two-year-old daughter. Although physically unharmed, he was deeply troubled by what was revealed to him during his brush with death, and this emerged to be a pivotal moment in his life.  His cosmic wake-up call led him to embark on a 20-year quest studying how life, love and relationships work, so that the next time he faced Death he could look back on a deep, rich, and meaningful life. His journey of self-discovery led him to understand that to create powerful, intimate partnerships, you must first understand who you are, and also understand what’s really going on behind the scenes.

The way Tony blends science, languages, psychology and culture makes him a sought-after source of guidance, wisdom and expert advice in matters of the heart, mind and soul.

Tony is part of our panel in the first round. 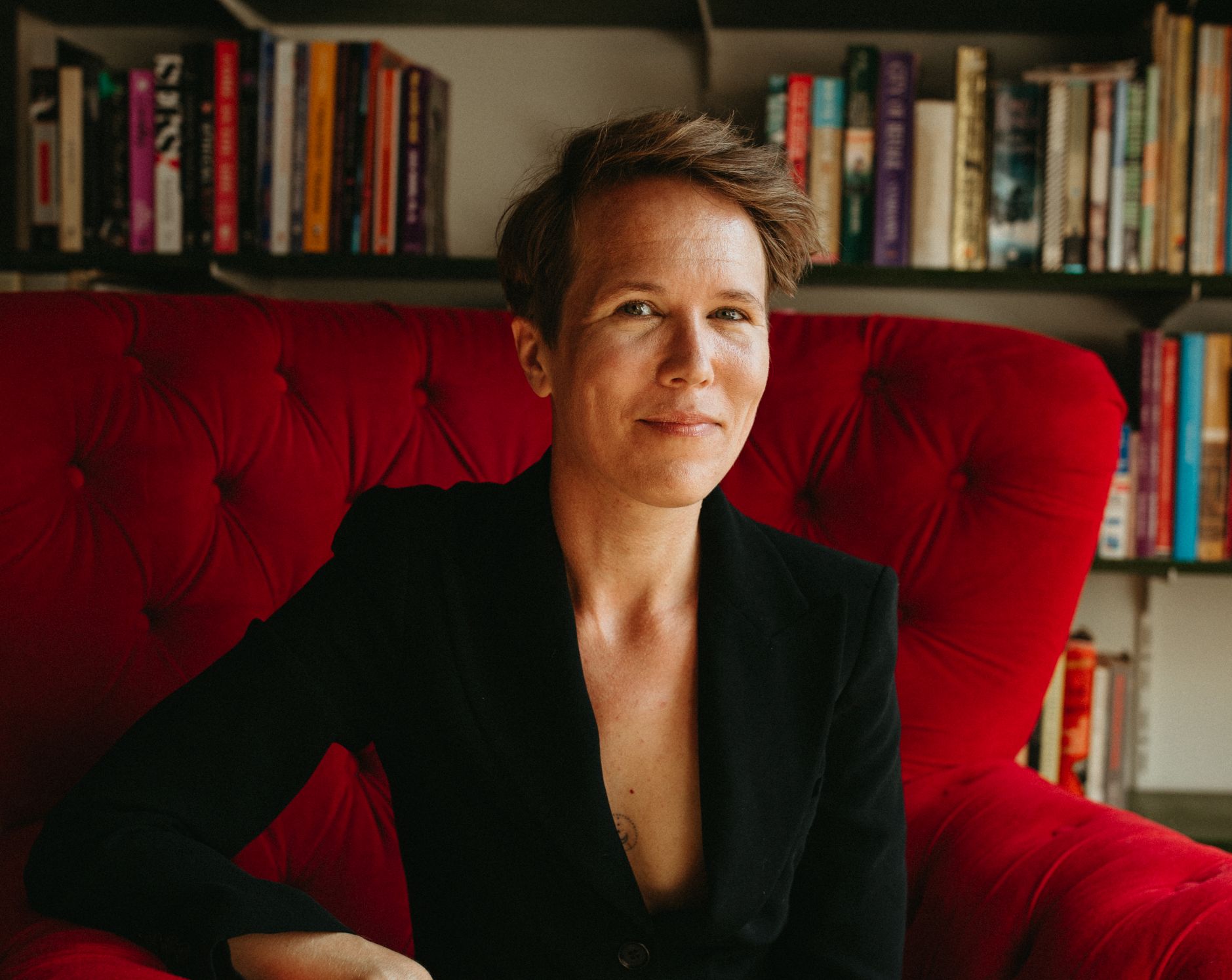 Sinsia uses the pronouns they/she. Sinsia is a somatic sex coach who supports (mostly) queer people in creating the sex life of their choice. They specialise in shifting the focus from analysing to feeling, helping clients to integrate mind and body. She is a Certified Sexological Bodyworker, which means they are trained to be body oriented, trauma informed and client led.

Sinsia worked as an escort for over six years before starting her coaching practice, an experience that informs and enriches their current work. She identifies as a queer, polyamorous, and kinky gender explorer and uses they and she pronouns (as demonstrated in this text 🙂 ).

Sinsia will be giving the ‘Wat wil je nou echt?’ consent workshop in Dutch in the first round of workshops. 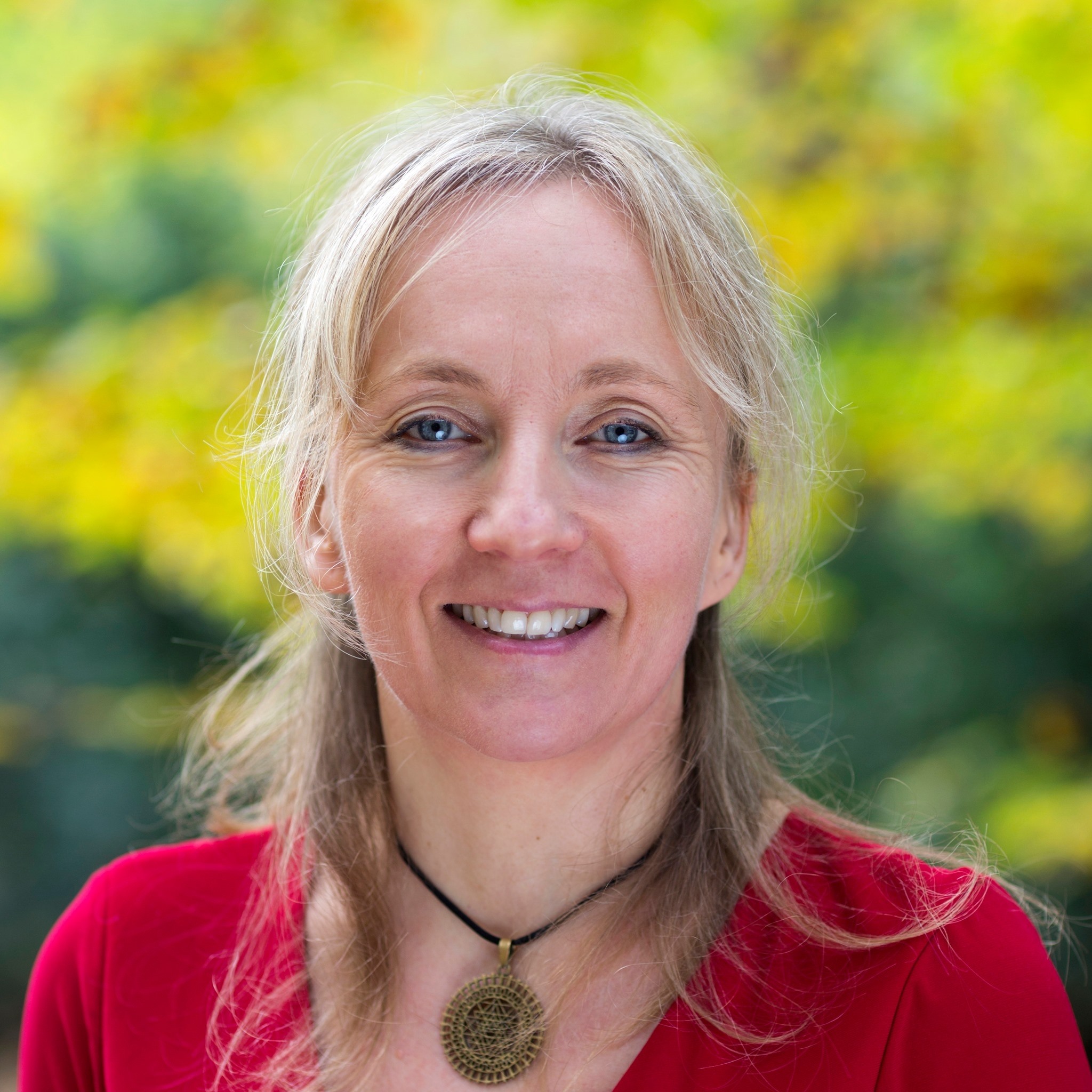 Wendy uses the pronouns she/her. Since 2010 Wendy has been guiding people on the path of tantra with her business ‘Bliss your Body’. In her work she combines elements from western neo-tantra (like dance, contact exercises, breathwork, bodywork) with deep meditations and rituals from eastern classical tantra. Wendy has a big passion for tantra, ‘I feel that in all my cells, and I hope the participants can feel that as well’.  Next to that Wendy is also known for being down to earth.

The last 17 years Wendy has followed many trainings worldwide. Christopher Harees Wallis is her teacher in the classical tantra, ‘but maybe life itself is her biggest teacher’.

The workshop will include dance, short sharings and a powerful tantric meditation where all our polarities will meld into one big heart.

Wendy will be giving a tantra workshop in Dutch in the second round of workshops. 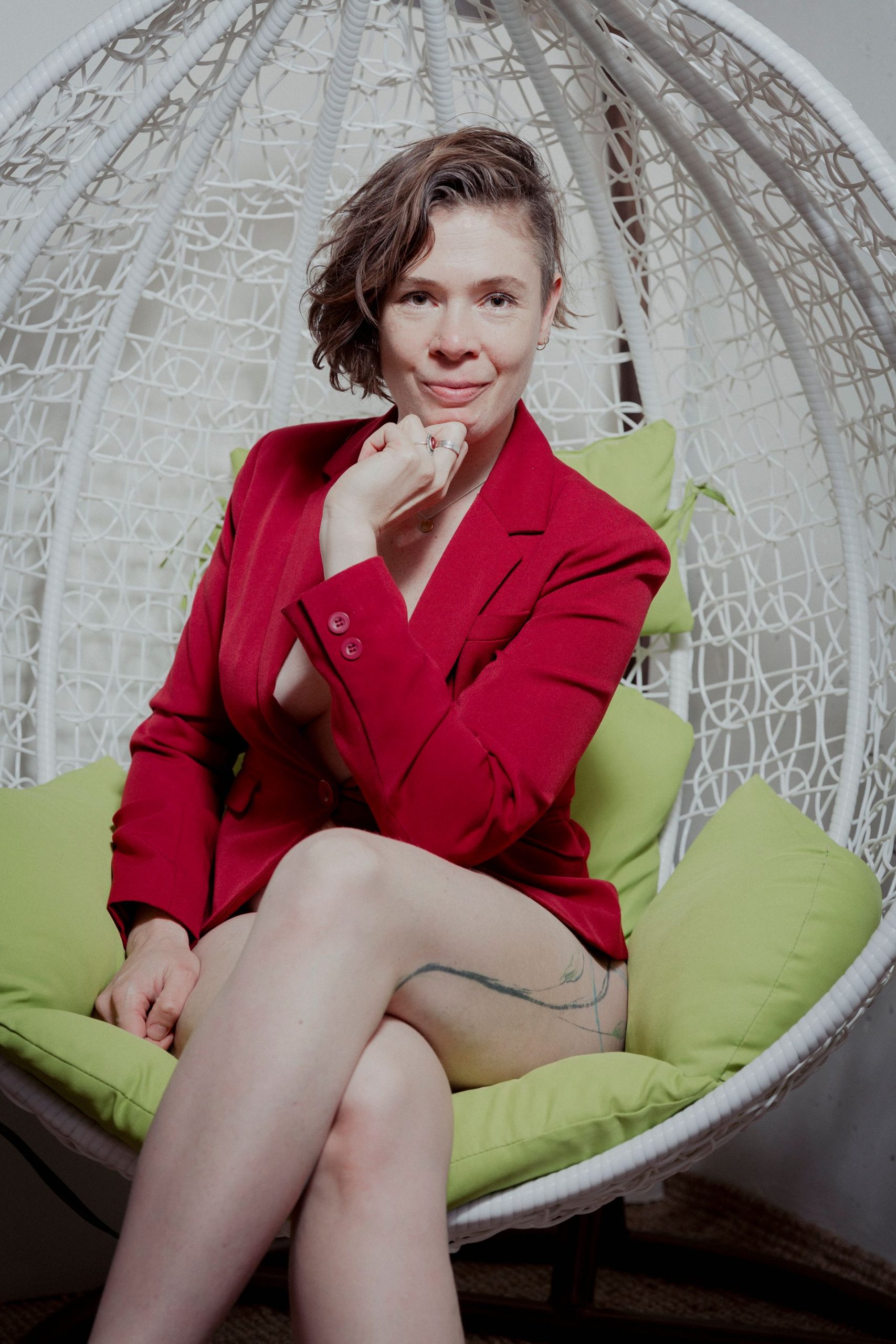 Wilrieke uses the pronouns they/them. Ask their friends to describe them and they will say courageous, adventurous, wise, and with a huge, loving heart. They may say they’re a little crazy too, with an urge to give people a little nudge and do what it takes to support them to get where they want to be – even if that needs some gentle provocation or bold confrontation – always respectfully and consensually of course!

Wilrieke is the founder and CEO of Exploring Deeper and the certified cuddle workshop brand Cuddle Workshops International. They host workshops, retreats, and professional training in the broad realms of intimacy, from cuddle workshops to conscious kink, to eclectic neo-tantra and sexy play spaces. They work together with some amazing people like Reid Mihalko, Betty Martin, Monique Darling and Rupert Alison. Wilrieke has taken the prerequisite courses for teaching consent workshops (Like a Pro) and studied the Wheel of Consent with several teachers, including Betty Martin and Robyn Dalzen, for several years.

They dedicate part of their time to creating free materials making the fields of intimacy safer, and supporting victims of abuse. In 2019 she was a speaker for TEDx.

Wilrieke is the mind behind this day and will be giving the  ‘Do me, consensually’ workshop in the second round of workshops